Our exclusive week of information and updates for Game In Scotland 2013 continues with the exclusive list of exhibitors who will be taking part in this year’s event.

There are more than 20 companies who will have stands in Dundee this coming Saturday (9th March), covering everything from development studios to consumer electronics, through to business consultancies.

Ambitious studio which provides leading brands with work for hire as well as creating their own original intellectual property.

The official Scottish chapter of the International Game Developers Association.  Find out how they can help YOU get to GDC, E3 and Develop at Game In Scotland.

The original sunshine flavoured digital toy workshop, responsible for award-winning titles such as Denki Blocks! Save The Day and Denki Word Quest.  Will they reveal anything about their SECRET NEW GAME?

The company behind the BAFTA-Award winning Flock! as well as Yo Deshi! and Streets Of Rage.

Creators of Distant Star and the team behind the highly anticipated The Ship: Full Steam Ahead.

One of the world’s most popular online communities for Xbox games and gaming.

The team behind the revised, reworked and successful APB:Reloaded

The University Of Abertay Dundee

One of the world’s leading universities for game development, design and production courses.  Home of Dare to be Digital.

Home of Duncan Of Jordanstone College Of Art And Design

Online business hub for one city which has made many discoveries.

Creators of an all new technology which promises to take mobile gaming in entirely new directions.

One of the rarer, more awesome gaming websites out there, with a focus on gaming culture, events and game launches.

Indie developer working on their SECRET new title.  Will they reveal all at Game In Scotland?  Maybe…

VC-based entertainment behemoth of casual gaming wonder.  Come for the words, stay for the booty. 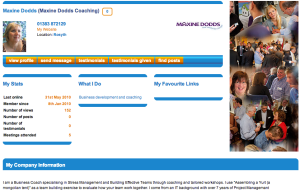 Informed, expert and experienced advice on starting and running a new company successfully.

The company behind the amazing Game Maker software.