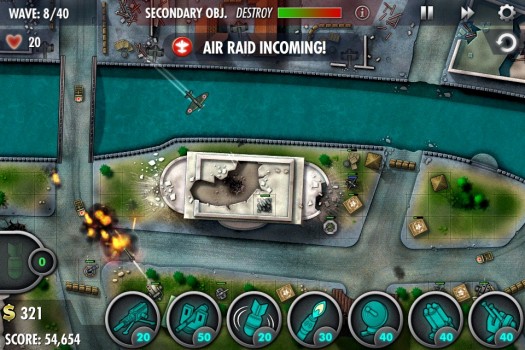 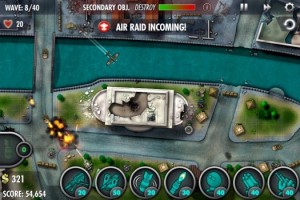 Cobra’s iBomber Defense Pacific has been nominated in the Best Mobile Games category in this year’s European Games Awards.  It’s up against several other popular titles and is currently third in its category behind Burnout Crash and Another World 20th Anniversary Edition.

This is something worth winning.  Forget the Golden Rose of Montreaux, this competition is for the Golden Nik Nak of Cologne.

iBomber Pacific Defense is currently sitting with 14% of the vote, but you, dear sweet readers, can help.  Put aside your prejudices, thuggish pig-ignorance and casual indifference and vote.  Help Cobra win a chunk of excitingly goldish approbation and give them a trophy .

If it helps, we really, really like the iBomber Defense games.  We’re suckers for a good tower defence (English!) title and iBomber delivers in spades.  You’ll like them too – BUT you don’t even need to splash out £0.69 on the game to vote for it and help make Scotland a happier, heavier place, thanks to all of the trophies we’re gobbling up.

Cobra would vote for you.  You know they would.  They’re stand up chaps.

Take a minute, visit the website, register and vote for iBomber Defense Pacific.  You’ll feel better about yourself.  While you’re there you can even vote for some of the other categories and really savage some of the other entries.  You’d like that too, wouldn’t you? 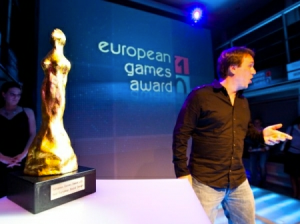 The gongs are slung out at a no doubt improbably glamorous and glittering awards ceremony which should be stuffed to the gills with the cream of European gaming talent.  Look!  There’s Notch, rubbing shoulders with Peter Molyneux and the ever irascible Sandy Duncan!  And there!  Why… isn’t that Denki stuffing tiny sausage rolls into the hood of David Braben’s anorak?

Go on.  Throw them a vote.  You can’t deny them an evening like that!