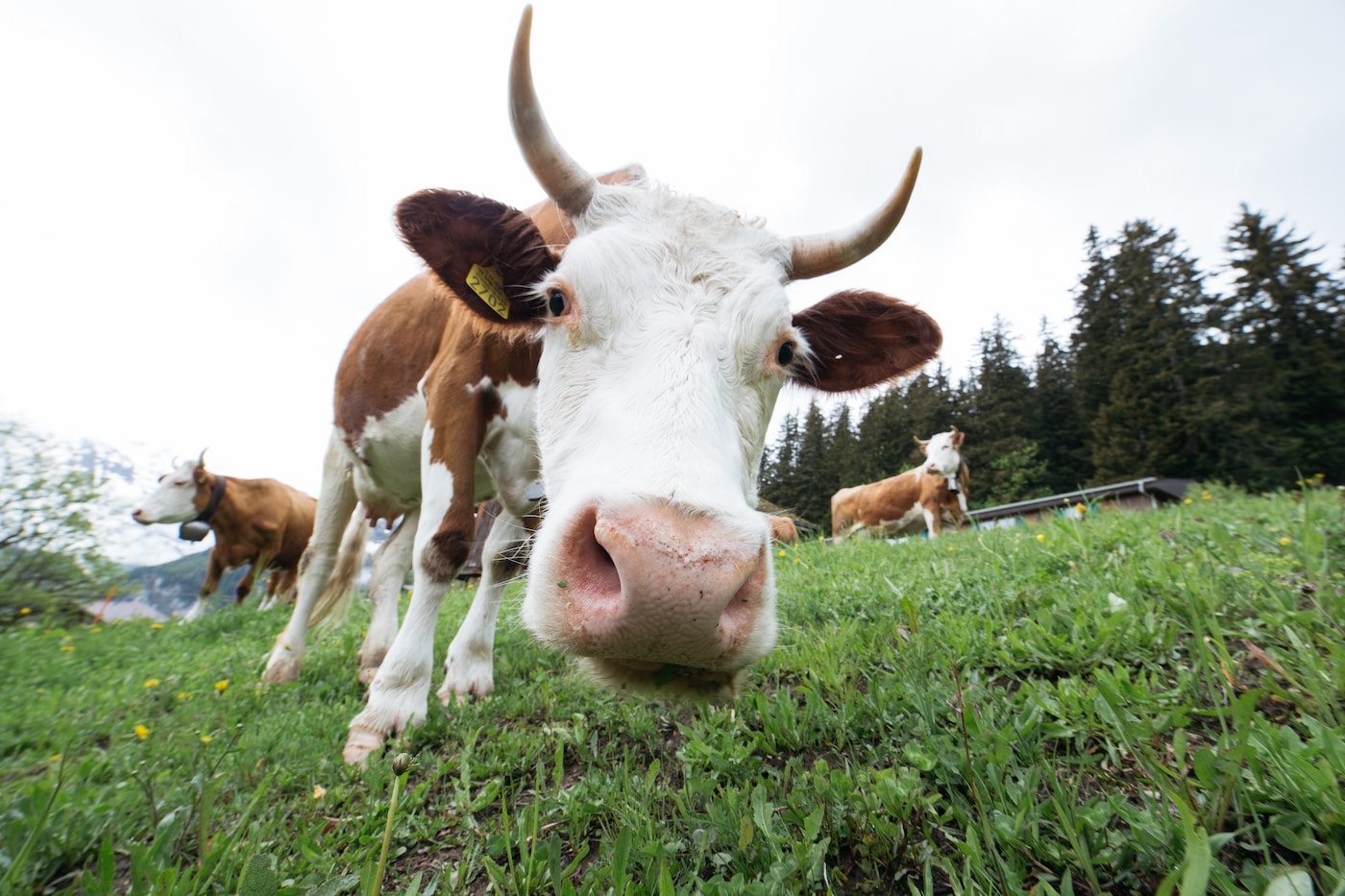 Abertay University and Dundee-based game developer Pocket Sized Hands are working together to apply video game technology to the farmyard. The School of Design and Informatics and the company behind the stem-cell research-em-up game Dish Life, have developed technology to quickly identify cows.

An augmented reality headset has been created with onboard artificial intelligence that can distinguish between individual cows by identifying the patterns on its skin. Once identified the headset will display information about the cow such as productivity data and the animal’s health.

Other than making farmers and vets feel like their living inside Minority Report, how will this help? This technology can bring to an end the idea of sifting through paperwork, detailing an individual cow’s medical records… Also, we now have Sci-Fi farmers and that’s as good a reason as any to start using them.

The SmARtview is being trialled in farms across the country. The Edinburgh-based Agri-EPI Centre, a UK Government-funded centre for agricultural excellence supports the trial.

“By using the type of technology that is becoming extremely advanced in the video gaming world, we hope to be able to take the care and treatment of dairy cattle into a new era.

“The beauty of this project is that it combines farmers’ and vets’ experienced ‘eyes’ with real-time data.

“Technology is being used to enhance, rather than replace, human skills. In addition, SmARtview could provide a solution to one of the key challenges of on-farm technology – while different devices like robotic milkers, sensors and collars can already collect plentiful data, its lack of integration limits insight to drive decision-making.”

However, according to Pocket Sized Hands chief executive, Gary McCartan, the technology is currently too bulky to be used on the farmyard:

It’s really exciting to be applying technology we normally use in game development to the world of farming. AR combines the real world with digital assets – information that is usually tied to a screen can now be viewed in the real world. Use of the technology is in its early stages. For example, current headsets are quite bulky which would not be practical in a farm situation. We will be looking at ways to allow cow data to be easily accessed and understood.

The initiation of this project was supported by InGAME, the Dundee-based innovation centre focused on the local games cluster.

As augmented reality and artificial intelligence progress, games are being given new and more tangible applications. Who knows where it may take us next.

Photo by Paul Hanaoka on Unsplash